JAY SALBERT ON
THE ART OF EXPLORATION 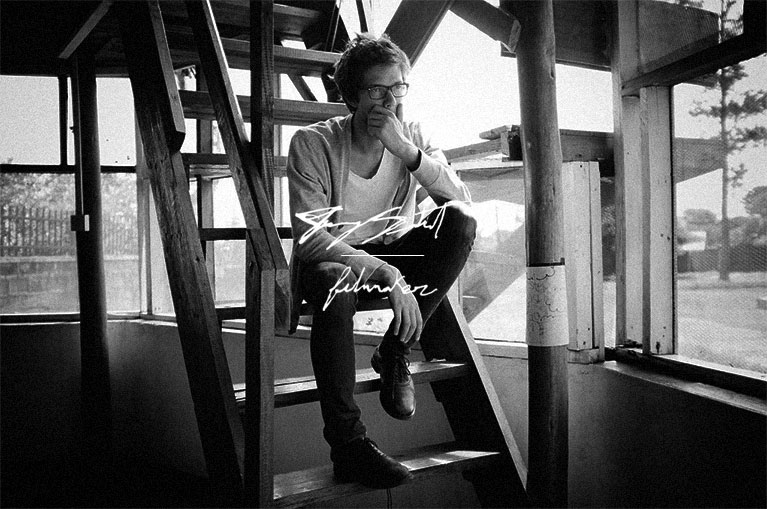 Jay Salbert is an award-winning American filmmaker and photographer, originally from northern Virginia. He has filmed and photographed projects around the world and his work has been viewed by millions. His most recent short film, Finding Welkin, was chosen as a Vimeo Staff Pick and was featured on sites across the web, including Fubiz, a popular french inspiration blog.

Prior to Finding Welkin, Jay worked on staff at Invisible Children for three years, where he edited and filmed nearly 300 shorts and feature documentaries telling the stories of those affected by Joseph Kony and his rebel army. Since 2013, Jay has been working as a freelance director, videographer, and editor. He has created films for a variety of clients, including Facebook, The Buried Life and Enrou. When he’s not creating films for clients, he’s usually dreaming up short film ideas to pursue in his free time.

Can you tell us a bit about how you got to where you are today? What kind of creative projects brought you here?

I remember the first film I made – it was in middle school. I remember fumbling for hours in iMovie trying to stitch together footage from my mom’s camcorder of myself pretending to be a ninja in my parents’ backyard. It was the first of many films I made throughout high school, most of which were films that included me and my friends butt-boarding on skateboards down my parents’ driveway. Even though they were dumb videos, I loved making them, which is why I ended up going to study film in college. I was in school for three years, then dropped out after getting a full-time position as a film editor and videographer for Invisible Children. Throughout college, I had been drawn to nonfiction and documentary work, so the position at Invisible Children was a bit of a dream job for me. I worked alongside the smartest creatives I know and learned everything I know about making films from them.

Above – Still from ‘Finding Welkin’.

After a while though, my tastes shifted a bit. I wanted to dive into fiction work. The creative freedom of working in fiction was really attractive to me. In fiction, you’re not limited to stories, locations, and characters that exist in the real world. But just because fiction films aren’t real doesn’t mean they lack truth or can’t reveal something about the world in a way that nonfiction can. That’s what led me to create Finding Welkin. It grew out of my desire to tell a true story in a fictional world with fictional characters.

For me, it has taken a long time to get to the point where I’m confident in my work, and I’m still not entirely there. I think insecurity about your work is just part of being a creative. It’s easy to be discouraged and frustrated, but you need to remember that every artist starts their career making crap (read: ninja videos with their mom’s camcorder). If there’s anything I’ve learned, it’s that even in those moments of insecurity, you’ve got to keep your head up and focus on creating the things that excite you. Everything you create is an opportunity do things you’ve never done before, so choose to learn from it even if it’s not your best work or not as “cool” as the next guy’s.

Travel and the outdoors is a common theme throughout a lot of your work. What is it about these spaces that’s so inspiring for you?

Well, I might be the worst person to try and answer that question. I’ve never really thought about it. I think it probably has something to do with how mysterious and beautiful the world is to me. I grew up in the countryside of northern Virginia and I spent days exploring the surrounding woods and creek that ran through my neighborhood. It’s easy to fall in love with the outdoors growing up in a place like that. On a larger scale, traveling allows me to explore parts of the world I’ve never seen. I like being able to film and photograph that and share it with others. Everything from the textures to the sounds to the colors to the people. I think it all influences my work even if I’m not really aware of it. God did all the work, I simply get to hit record. 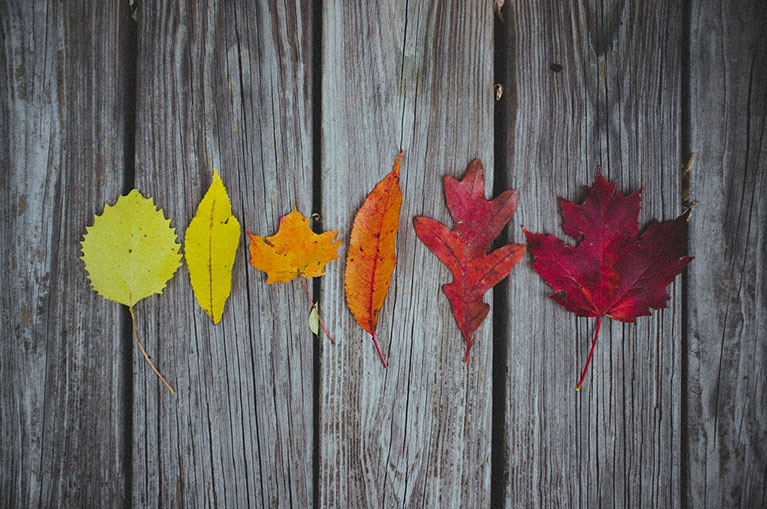 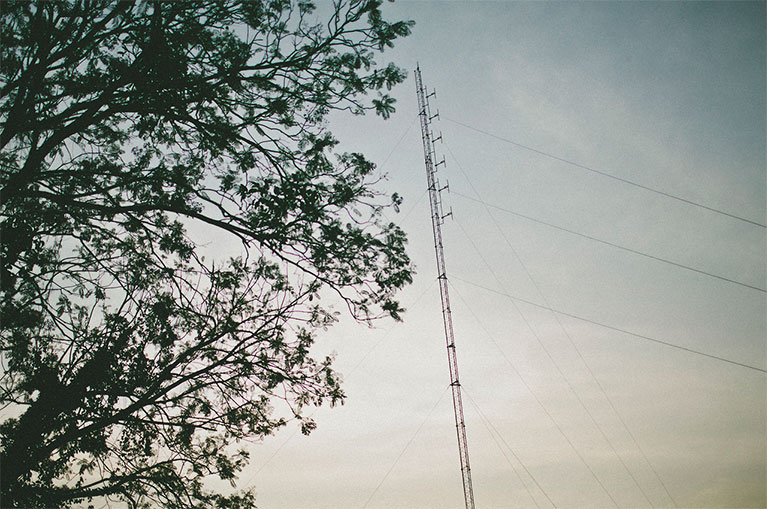 Above – Some of Jay’s shots gleaned from Mother Nature’s beauty.

Apart from the fact that it’s proof innovative filmmakers can do a lot with a little, Finding Welkin is such a great piece of content. Tell us about what was involved in getting that off the ground.

Finding Welkin was created out of a desire to challenge myself creatively. To do something I’d never really done before. It all started after I’d moved into my apartment last summer. There was this little back room that overlooked our unkempt, overgrown backyard. A friend remarked that it felt like he was transported to a little Caribbean town while being in that room. It didn’t feel like San Diego. I thought it could be a fun project to find locations around San Diego that didn’t necessarily feel like San Diego. Then I started to think about what characters could live in each scene at each different location. After I decided on the narrative, which was adapted from George Orwell’s ‘1984’, it grew into something bigger. 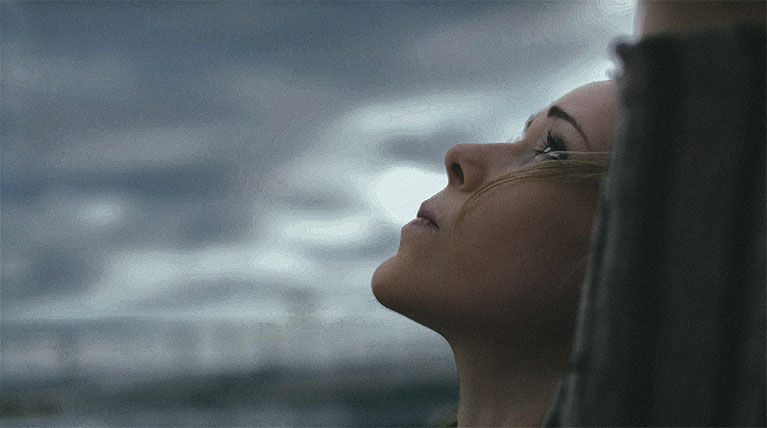 I continued to develop the idea over the next couple of weeks and once I felt comfortable with it, I opened my calendar and started scheduling shoots. I was working during the week, so we were only able to shoot on weekends when everyone was free. We ended up filming about one scene every month for four months. Because the shooting schedule was spread out, I was really able to focus on one scene at a time and get all the details right. 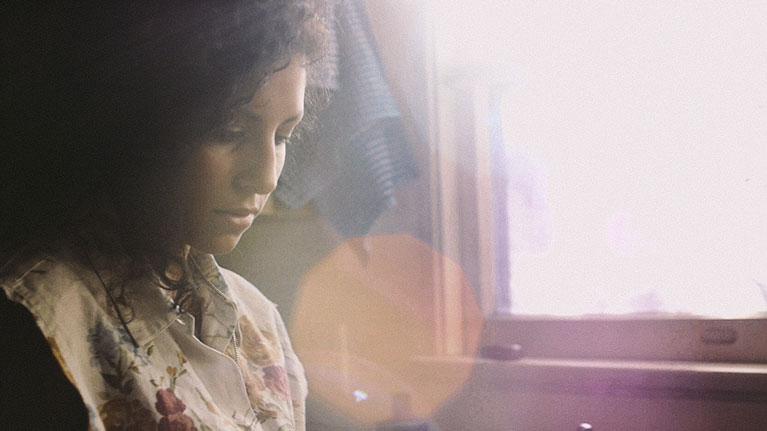 I wanted to keep the budget really low. I think the film cost no more than $700 or $800 from out of my pocket. It honestly wouldn’t have been possible without all the help from my friends. The actors are either friends or people in my community who donated their time. A friend’s family let me use their horses for the ranch scene. My girlfriend Catherine produced the film and played the wife of the rancher. My close friend, Chadwick Gantes, helped direct, shoot, and color the film. So many others donated their personal things to be used as props and even helped on location. They’re all really talented people who just wanted to help out and donated their time – I can’t thank them enough.

Anyway, after I had all the scenes shot, I spent a good amount of time in post-production. I wanted to make sure that I nailed down the edit, color, and mood perfectly. My good friend Cori Dunton narrated the film. I sent her the script and she recorded it a few different ways on her iPhone. After I’d locked down the temp voiceover in the edit, I had her come in to record it with a professional microphone and set-up. It ended up sounding fantastic, but there was something really honest about the iPhone recording that I missed. I liked the dirt and grit that the iPhone gave it, so I ended up using her first iPhone recording in the final piece.

In the end, it was a lot of people donating their time and talent to make the film come together. It’s truly a testament to the fact that if you have an idea for a project, the best thing you can do is just start making it. I’m really proud of how it turned out.

Can you tell us a bit about your process in filmmaking in general. Do you do extensive storyboards or just shoot on the fly? Is there much post production involved?

For me, the most important part of filmmaking is the ideation and pre-production stages. It’s about preparing the soil from which your film will grow. For Finding Welkin, I used a notebook to begin developing the idea. I created an inspiration board for every single scene and every single character. I put a lot of thought into how the characters would look and their histories. I created a mood reel that I showed my actors to give them a better understanding of the overall feeling I wanted to achieve. Things will always change once you start production, but it’s good to have thought through everything so you can use it as a guideline, while still giving the process room the breathe. It’s funny, I actually planned for five characters, but Catherine and I were having trouble finding a fifth actor, so I decided to start editing the film together with the four we had already filmed. The pacing of the film ended up feeling really good with only four characters, so I decided to move on without a fifth character. You have to be comfortable with killing your babies, so to speak. 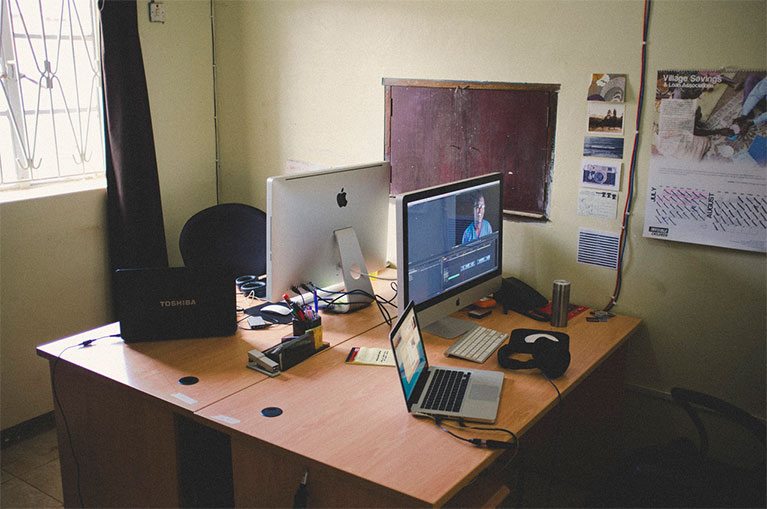 You shoot moving pictures, stills and edit as well. What do you think are some of the commonalities and differences in your approach to those crafts?

Well, I got my start editing. I’ve been doing it the longest and it’s what I feel most comfortable with. And I think editing has hugely influenced how I approach filming. I shoot with the final product in mind. I’ve edited enough pieces to have a good idea of how things will be pieced together, so I focus on shooting only what I need. For me, taking stills is more about experimentation than anything. It’s much less time intensive than making an entire short film, so I get to focus more on the details of a photograph. I can experiment with composition or the way I color a photograph in a much shorter time frame than an entire film. It influences how I shoot and color my films. Taking photographs is also about creating my own inspiration. It’s easy to be inspired by the things we consume, but I think it’s even more important to be inspired by the things we create. 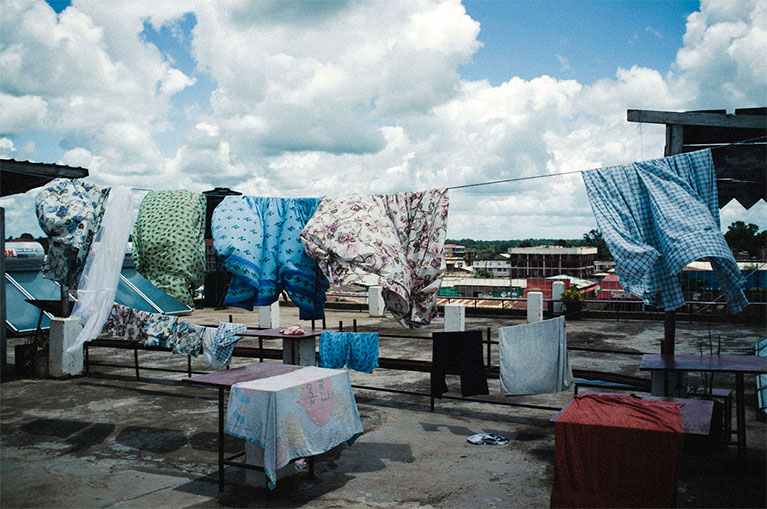 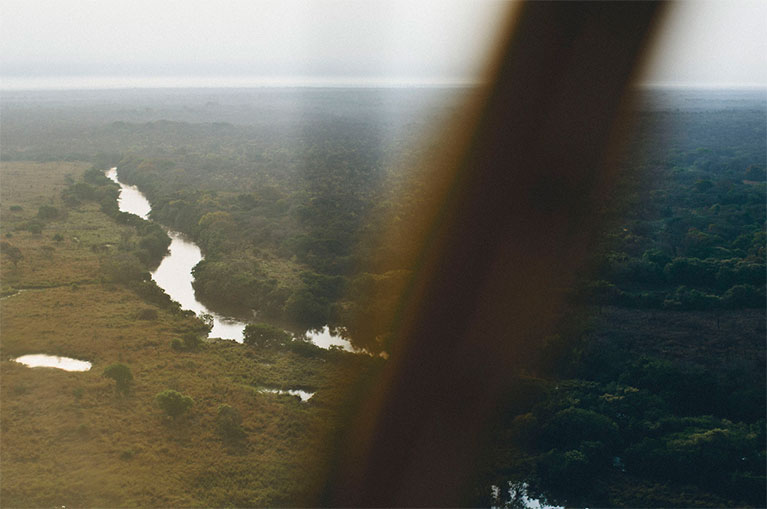 Above – More of Jay’s still photography.

What’s next for Jay Salbert? Any more short films in the works we can look out for?

I’m still trying to figure that out. There’s not really any money in creating a short, but short films are really important to me. They’re a place where I’m able to push myself and try things I’ve never done before. I’ve been working with friends of mine to develop some ideas for a few other short films right now. In July, I’m traveling home to Virginia to do some location scouting, so we’ll see what grows from there. I’m hopeful that I’ll be able to make another short film before the end of the year. In the meantime, I’ll continue enjoying life and collaborating with clients as a freelance filmmaker. 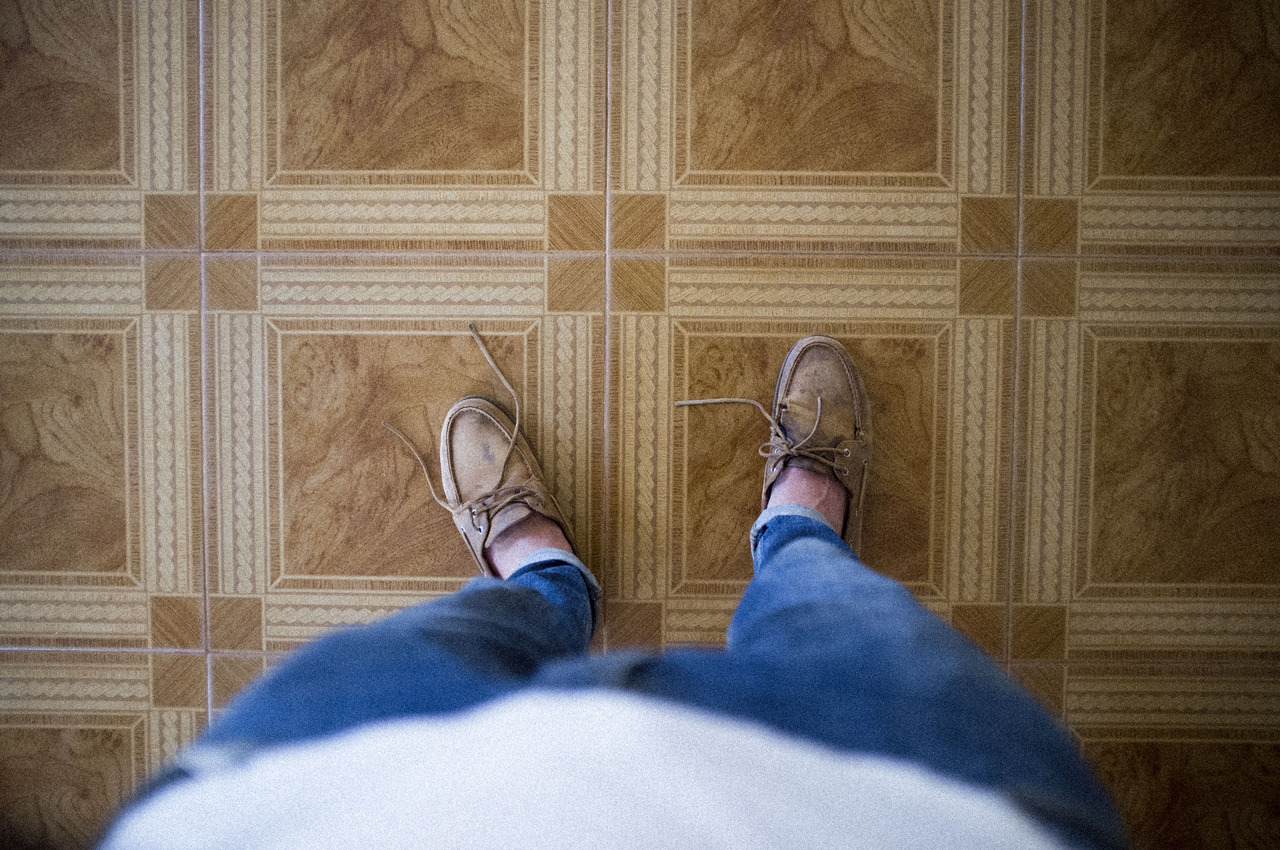